PhiBrows Pigments - A Quick Guide from SUP to SUPER 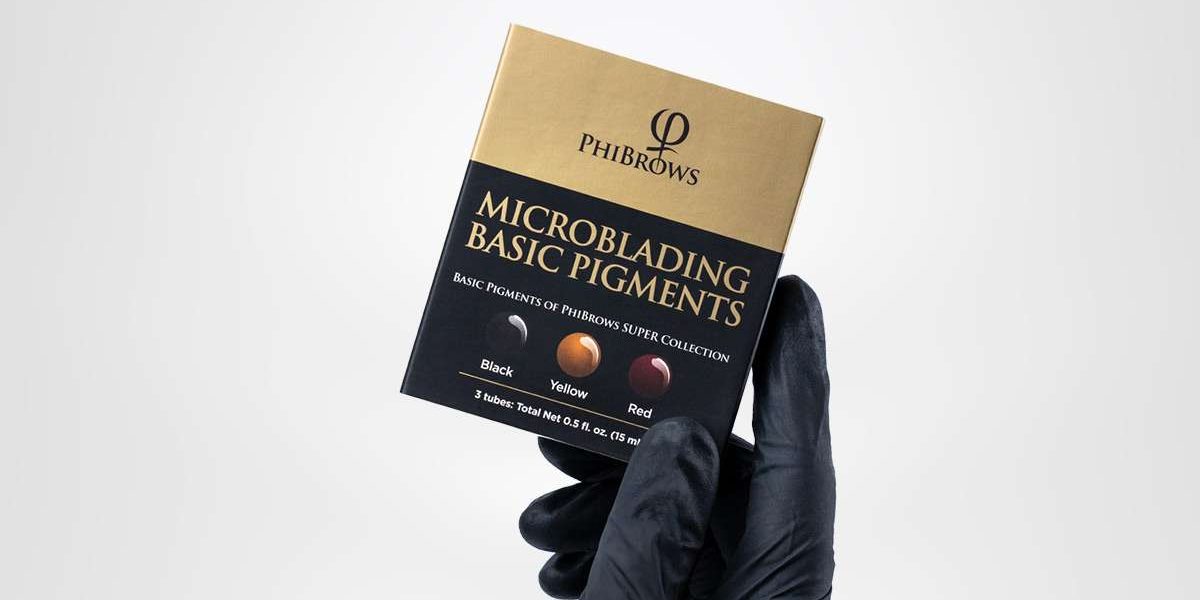 For a good microblading treatment, an artist needs two things: great skills and proper equipment – or more specifically – high-quality pigments. After all, that’s what the results depend on.

So let’s see what determines the quality of the pigments and subsequently the longevity, color, and overall attractiveness of the microblading results. Let’s dig into the PhiBrows pigments!

The Importance of Using High-Quality Pigments

The quality and formulation of pigments are largely responsible for the quality of the result and the client’s satisfaction. Low-quality pigments often lead to pigment bleeding and discoloration after a while.

This can happen if the pigments aren’t stable enough. The way the body will respond to the pigment inserted into it primarily depends on the ingredients of the formula.

The body recognizes the ingredients as foreign objects that could harm it, so it works hard to dissolve and extract the pigments, often leaving an orangey or gray hue when fading.

These kinds of botched results are due to low-quality pigments. Unstable pigments make the color quite unpredictable so when injected it can look quite different – not matching the natural brows at all. And over time, the color can change a lot.

But with PhiBrows microblading pigments, you don’t have to worry about this! 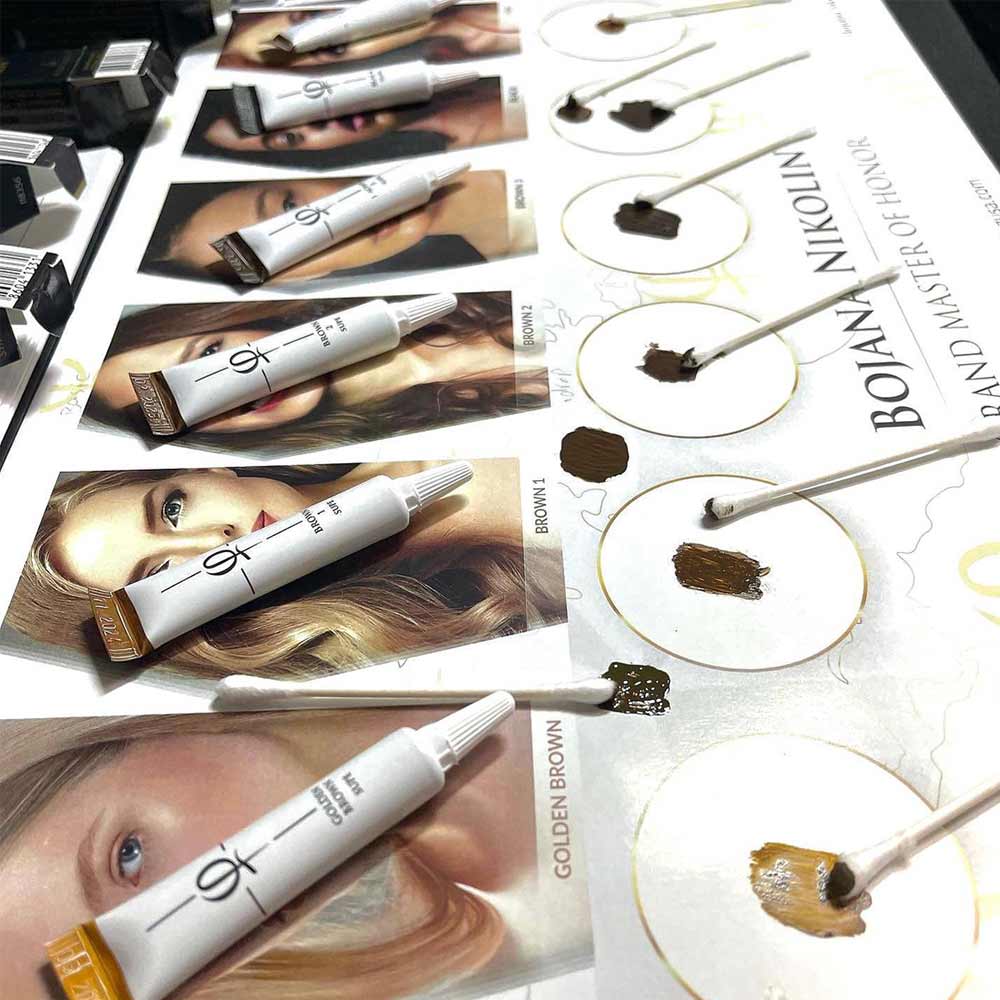 So What Makes PhiBrows Pigments So Great?

One of the biggest concerns when choosing microblading pigments is whether they stay true to their original color and whether they can last a long time. And Phi Brows pigments fulfill both these requirements!

Phi Brows Pigments have a thick, creamy consistency which makes them very easy to use. There are no spills which is a messy consequence when working with more watery formulas.

The pigments come in a range of brown shades, as well as the 3 basic colors you can use to mix a brown shade from scratch (if you’re really well-versed in color mixing), or to modify the brown shades further. This gives you maximum flexibility in terms of color.

The pigment retention is amazing and it heals very true to the original color. It doesn’t heal reddish or too warm, which is a problem with many other pigment ranges on the market.

Still, if reddish is what you’re going for you can always custom mix a bit of red pigment into the already existing color.

While these are common benefits of all PhiBrows pigments across lines, the pigments actually come in 3 different formulas of different qualities. PhiBrows microblading pigments come in the same shades regardless of formula, which makes it easier for artists to switch between them until they find the one that they like best. So let’s explain what’s the difference between each line.

The Mission Behind PhiBrows Pigments

PhiAcademy has a long history of improving and perfecting their PhiBrows pigments formulas. They went into pigment manufacturing with a completely different, fresh attitude, and the mission to create the first genuinely pure pigment on the market.

This endeavor is not a small feat, but the Academy is adamant about achieving it. They decided to launch a new line of pigment with every breakthrough they make, continually perfecting it.

A lot of beginner artists get confused by the names of the PhiBrows pigment lines. But the explanation is simple. The longer the name, the more advanced the formula.

It’s important to note that, while the SUPER formula truly is the most advanced one, which is why it’s so universally beloved, the Academy is working on making it even better. So we can expect further improvements in the years to come.

But let’s not get ahead of ourselves: let’s review each of the PhiBrows formulas. 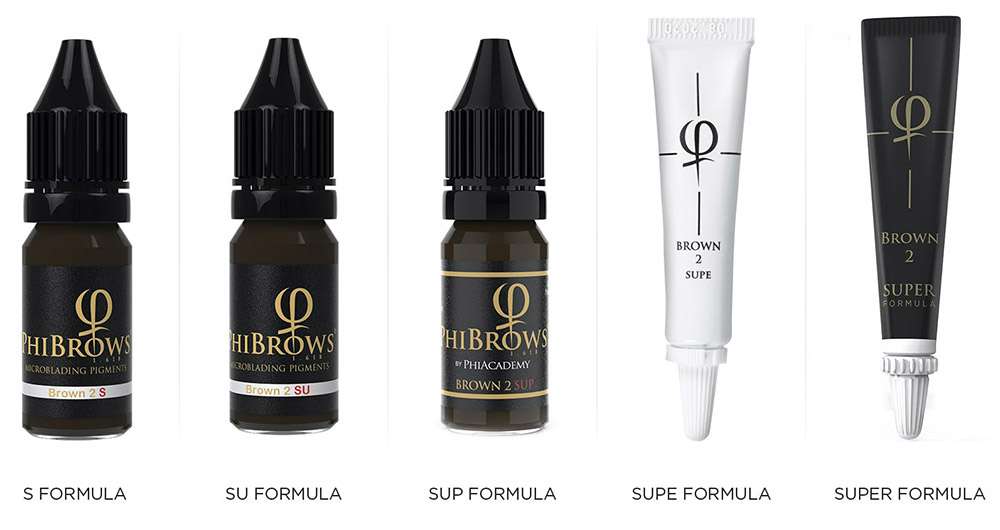 SUP is the third PhiBrows microblading pigments formula formulated by PhiAcademy, the oldest that truly made a difference.

At the time of its launch, it was a true game-changer on the market. This formula provides excellent color consistency and a creamy texture that makes it very easy to work with.

The SUP line was formulated quite some time ago, which means it does have some characteristics and ingredients the new formulations don’t.

While it used to be one of the highest-quality formulas on the market, there was room for improvement of the SUP pigments. Which is what the SUPE line successfully managed to resolve.

The mark it made on the industry was a significant one, but the SUP formula is used less and less, with SUPE and SUPER formulations being superior.

The PhiBrows SUPE was a significant step-up from SUP. Compared to the earlier PhiBrows pigments, it’s more stable.

Making all the pigments equally stable prevents unwanted changes that can occur while the pigmentation fades. The goal of this formula was to prevent that from happening, and a revolutionary way to do this was discovered.

Yellow pigment tends to be the most unstable, and it can fade out grayish or reddish. Compressing it makes the formulation more stable and helps prevent the color from changing.

The SUPE line was so revolutionary its formula is compliant with the 2022 ECHA regulations, which came into action years after SUPE was launched. So it was lightyears ahead of its time!

Plus, this line introduced new and easier-to-use packaging, which gave artists more control over dosing than ever.

You can buy SUPE pigments as singles, or as part of the PhiBrows Microblading Pigment Set SUPE.

The SUPER line of Phi brows pigments is the latest and the most advanced one. The SUPER formula has all the benefits of the previous versions: it’s non-magnetized, it has the best possible retention and it heals true to color - even the healing process is shorter!

On top of that, this formula is clean and extremely stable. The stable formula ensures there’s no unattractive discoloration, no fading, and no pigment migration!

SUPER Phi Brows pigments are almost entirely pure - which is the goal set to be accomplished by the final SUPERB version of PhiBrows pigments.

Pure pigments have a longer absorption time and don’t allow pigment to turn red after a while. So what you see is exactly what you get. The SUPER formula has the special feature of UV protection, which further ensures there’s no color turning.

But the biggest improvement is that this formula is also bioinert, meaning the body doesn’t recognize pigment as a foreign matter and doesn’t resist the pigment. This means the formula is more durable than any other.

The SUPERB Future of PhiBrows Pigments

And with SUPER being so amazing already, just imagine what its successor will be!

In the meantime, you can explore all previous formulations in the official PhiBrows Shop USA! 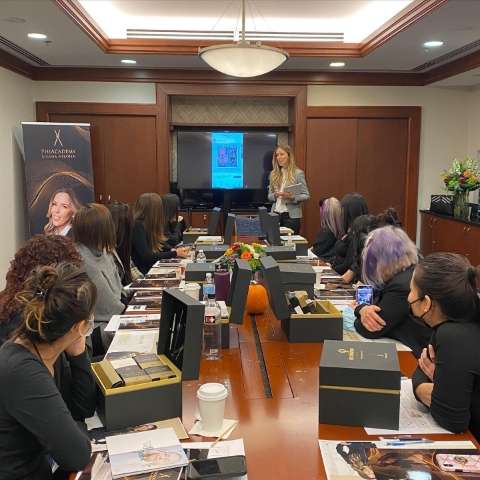 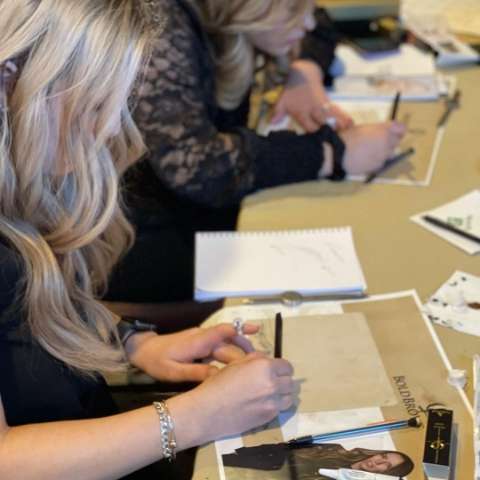 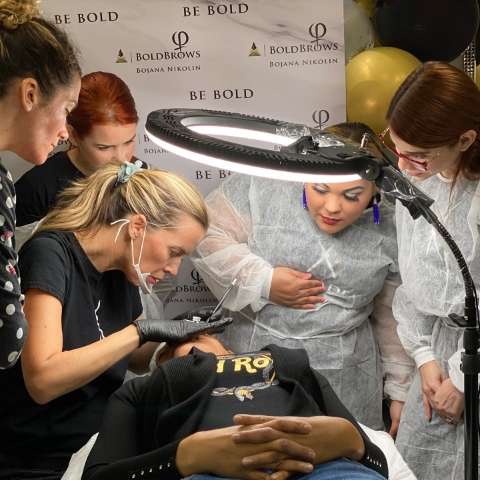 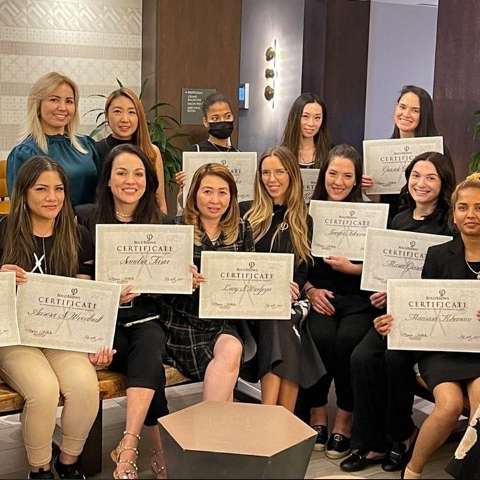 Ana Bojana Nikolin is one of the first Masters for Bold Brows in United States. She is passionate, driven and she enjoys teaching this amazing skill to her students.